One of the most iconic sport venues in Europe, the PalaLottomatica in Rome, will be playing host to the Final Four of the 2017 CEV Volleyball Champions League – Men! 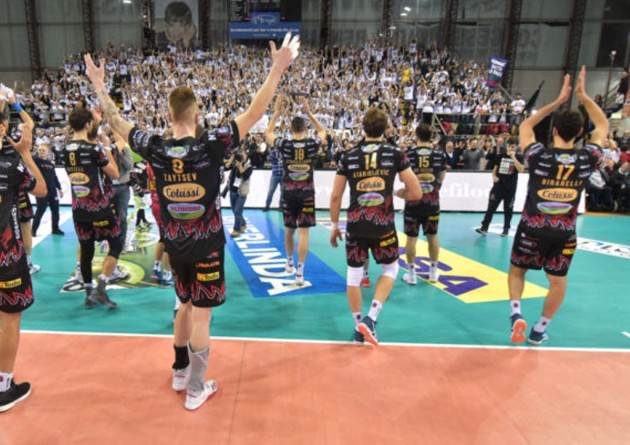 The Volleyball party of the year will be taking place on April 29-30, 2017 with the Italian Volleyball Federation and one of their standout teams, Sir Sicoma Colussi PERUGIA, playing host to the final act of Europe’s elite club competition.

The men’s Final Four returns to Italy for the first time since 2011 when TRENTINO Volley fully used the home-court advantage at PalaOnda in Bolzano to claim their third straight title in the competition. As for Sir Sicoma Colussi PERUGIA, the star-studded team coached by ‘Mr Volleyball’ Lorenzo Bernardi are making this season their second appearance in the CEV Volleyball Champions League after two years ago they reached the Playoffs 6 before losing to Poland’s PGE Skra BELCHATOW.

Volleyball fans can already start planning their visit to the ‘eternal city’ in late April and PalaLottomatica will surely provide the perfect stage for a ‘total event experience’ capitalising on Italy’s Volleyball history and experience in organising major Volleyball events. This iconic sports hall has already played host to many high-profile competitions, including the 2010 and 2014 FIVB Men’s and Women’s Volleyball World Championships, the 2005 CEV Men’s European Championship, many FIVB World League matches, to name only a few.

Read the full article at cev.lu.