Italy: The big game in numbers! 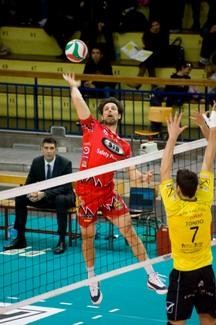 A crucial encounter as well as the two clubs are tied in second place in the league table, two points behind the leaders Castellana Grotte.

Perugia and Segrate are the most prolific teams of the league with 480 and 478 points respectively.

Perugia is also the team that commit the fewer number of mistakes.

Interesting match up as well between the two position 3, Tomasetti and Alletti, respectively third and first in the ranking of middle blockers.

Italy: Looking to bounce back against Genova

Albania: Albania draws plans for a bright future of Volleyball

Italy: Looking to bounce back against Genova