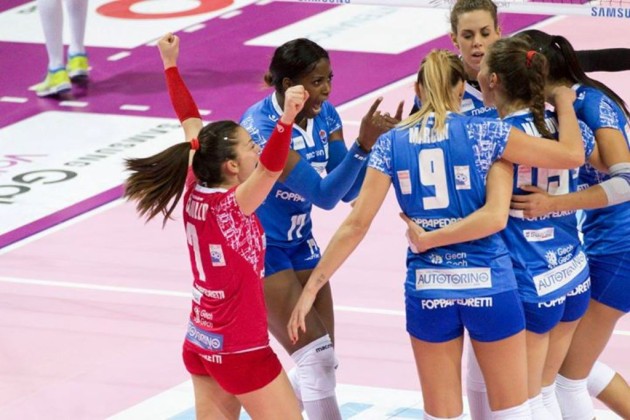 The biggest surprised was when Foppapedretti Bergamo outplayed Igor Novara 3-2 after more than two hours of play.

Today the teams were equal but Bergamo celebrated at the end thanks to better play in the important moment.

Paola Egonu was the main scorer of the match with 29 points followed by Celeste Plak 19 points in the defeated team while Sanja Malagurski scored 24 points for Bergamo followed by Roslandy del Valle Acosta Alvarado 21 points.

In the second surprising match of the day, Saugella Team Monza outplayed the leaders of the league in four sets and in front 1922 spectators.