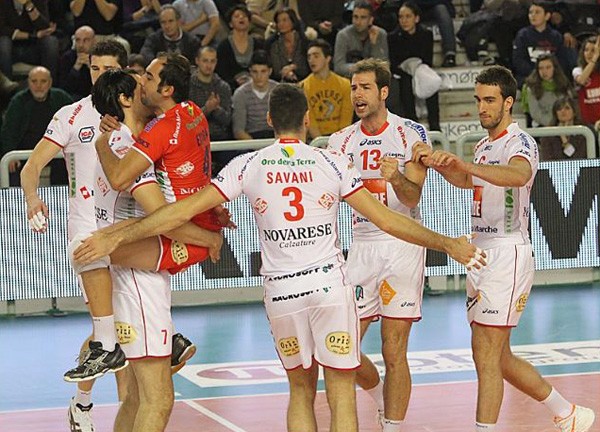 In a repeat of the Italian Cup quarter final to be played on January 25, Macerata gathered its ninth consecutive win in the league on a 3-0 score over Roma.

Alberto Giuliani (Lube Banca Marche Macerata): “The team played extremely well, the players approached the game with an excellent attitude. Three important points for us, now we can focus on our champions League away game in Novosibirsk, where we’ll try to take the missing point to make sure we finish top of the group. Today’s line up improved the level of our reception, even if there has been a couple of mistakes. We’ll work on them in the coming training sessions”.

Andrea Giani (M. Roma Volley): “We have been up to the task only in two sets. We made a lot of mistakes on the counter attacks in the two sets lost by the minimum margin, in which Macerata did not give anything away. It’s been interesting for us to face a team of Macerata’s level, this will help us to get better”.