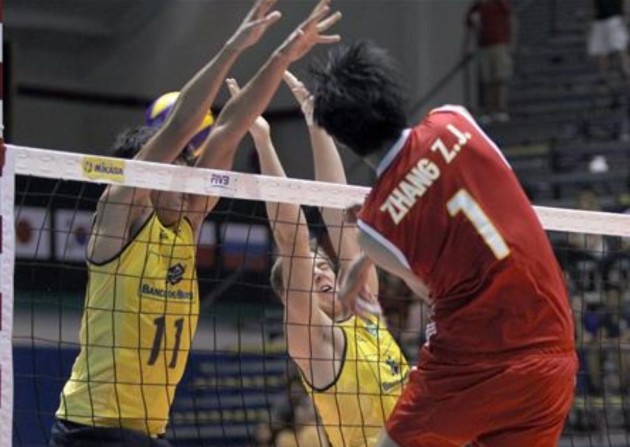 Supported by members of the Chinese community of Tijuana and Mexicali, China team overcame a tough first set battle to comfortably win the next two sets by establishing their fast tempo style.

Tang Chuanhang was the top scorer for China with 17 points, all via spikes, but the best player on the court was without doubt Zhang Zhejia who registered six blocks and three aces and totaled 16 points. Xia Runtao chipped in with ten.

Brazil’s Douglas Souza and Fabio Rodriguez concluded the contest with 13 and 12 points respectively.