After pocketing their spot for the final four on Thursday, Germany played very relaxed and eventually lost 2:3 to Serbia. Aleksandar Vladisavljev and Giovanni Guidetti commented. WorldofVolley brings you the latest volleyball news. 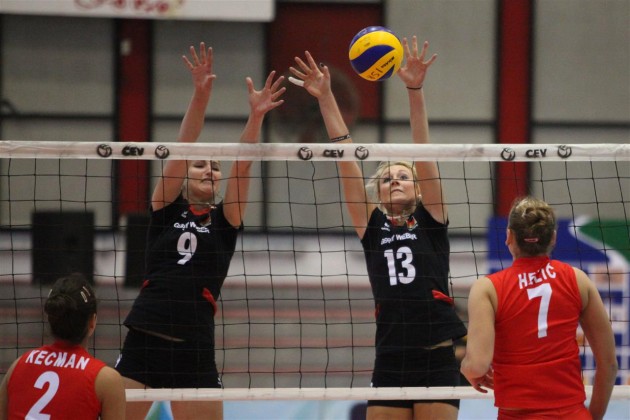 Head coach Giovanni Guidetti exploited this game as an opportunity to test out some young players in preparation for the World Grand Prix and the European Championship.

Germany briefly got the lead in the first set (13:10) but it did not last long as Serbia evened the score at 15 all before Saskia Hippe sealed the final 21-18 for the 2011 European vice-champions.

After a very close start (5:5, 11:11), Serbia got to the front in the third set (15:13) with a spike killed by Jovana Stevanovic. However, Germany restored equality in the score and could even seal the final 21-19 for a provisional 2:1 lead.

The match followed a similar plot also in the fourth set but this time it was Serbia that controlled the final rush and called for the tie-break (21-19).

There the young heirs of the 2011 European champions dictated the tempo of the game right from the start (8:4) and could finish it off at 15-7 for a well-deserved victory.

“I am very happy with what my team did today as they played really well. We have a young team, basically U23, but the way they play let us have great hopes for the future” said Serbian mentor Aleksandar Vladisavljev.

“Today I opted for young players as they also need to get experience at this level” commented Giovanni Guidetti.

Fe Garay: “There’s no friendship on the...