Drama was the characteristic of the penultimate phase of the Mexican Volleyball League. 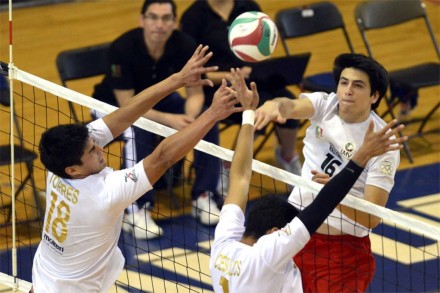 Cocoteros of Colima didn’t succeed in two matches as visitors to Chihuahua to face the Regional University but kept the second place of the standings in their quest for a place in the Final Four on March 7-8.

On Sunday, with the score one point in favor of the hosts and in one of the last actions of the match, one player of Cocoteros couldn’t receive the ball to set the play for a teammate.

At the end, the fifth set finished 15-13 for the Cowboys, winners of the match 3-2 in a men’s event of the national League.

Despite the two failures, Cocoteros of Colima maintained the second position in the general ranking trailing the leaders UANL Tigers who were off this weekend. URN is in sixth place.

There was drama also at Juan de la Barrera Gym of the Federal District as D.F. Hawks lost 3-2 against UNAM Pumas with a close final set decided by score of 15-13.

The actions closed on Sunday this time with a victory for the Hawks in the men’s field, avenging the previous loss with a 3-1 over Pumas.

Martin Petris led the Hawks and all the scorers in the match with 19 points and Sergio Torres had 12 for UNAM. In another men’s match on Sunday, Cedrus Hidalgo beat Guerrero 3-0.