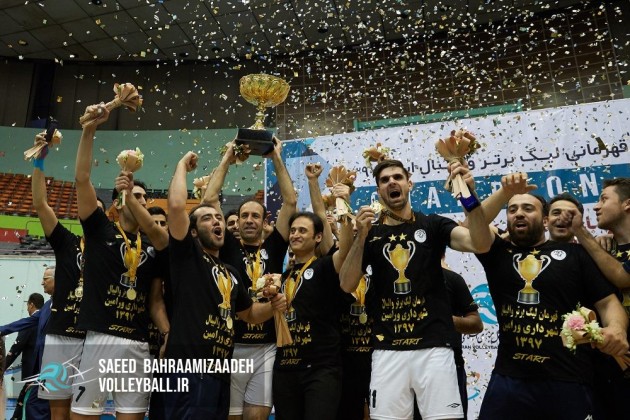 By beating No.7 Saipa Tehran in Game 3 of the playoff finals, the top seed Varamin lifted the Iranian championship (the 32nd edition) trophy for the second time in the club’s history. Just like in Game 2, which was interrupted in a bizarre way, Varamin beat their rivals on the road. This time it was 3-0 (25-22, 25-23, 25-22) and a 2-1 in the series. Thus, Varamin ended three-year domination of Sarmayeh Bank who did not have a chance to win their fourth gold medal in a row knowing that they shut down at the end of the last season.

According to the media in the country, the opposite hitter Mohammad Mohammadkazem was the most deserving player for the winning side in a decisive game, alongside with the 39-year-old setter Parviz Pezeshki.

The first national title came for Varamin in 2013 under the guidance of a famous Italian head coach Daniele Bagnoli.