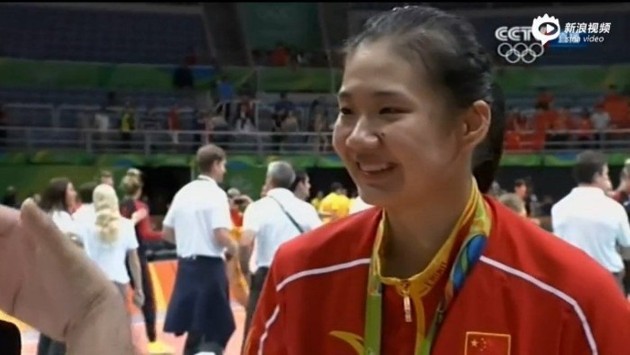 The 25-year-old China National Team member, a part of the squad that took the gold medal at the 2016 Rio Olympics, Yang Fangxu was tested positive for erythropoietin (EPO) a year ago but the Chinese Anti-Doping Agency (CADA) did not report it until a few days ago! EPO is mainly used by athletes such as long-distance runners or road-race cyclists because it is meant to increase endurance by stimulating the growth of oxygen-carrying red blood cells in the body.

The opposite hitter underwent doping test a week prior to the 2018 Asian Games and has been suspended since August that year. That is why Fangxu did not take part in the 2018 Asian Games, 2018/19 Chinese Championship (she played for Shandong a season before) and was not summoned to the National Team in 2019. She is banned by the International Volleyball Federation (FIVB) to compete for four years.

There is no official statement of the athlete nor the Chinese Volleyball Association (CVA) on the case in the last year or so. Some Chinese media reported that even before the punishment, Fangxu considered retiring given that she has been suffering chronic knee pain since 2015.

The last time a Chinese Volleyball player was caught using doping was in 1992 when Wu Dan tested positive for the banned substance of strychnine at the Barcelona Olympics. She was disqualified from the Games but received no further punishment. She represented China again at the 2000 Sydney Olympics.