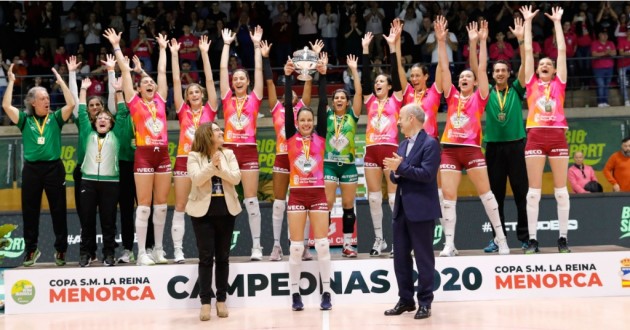 May Deco Voleibol Logroño wrecked Final Four hosts Avarca de Menorca in the final of the 2019/20 Spanish Women’s Cup (Copa de SM La Reina) to win the competition for the sixth time in the club history.

The team from the north of the country demonstrated its superiority throughout the entire match. Only the first part of the third set, Menorca showed resistance but it wasn’t enough to extend a decider to, at least, one more set: 3-0 (25-12, 25-13, 25-17). Daniella Da Silva, the veteran Brazilian opposite hitter from Logroño, scored game-high 20 points and was chosen MVP of the tournament.

This already the second trophy for Logroño this season as they claimed the national Super Cup.