Even though they were boosted by 2'700 fans, the home guys of Noliko MAASEIK eventually lost 2:3 (25-22, 18-25, 25-18, 31-33, ande 13-15) their second match of the Playoffs 12 against Poland’s Zaksa KEDZIERZYN-KOZLE that eventually makes it to the Playoffs 6 after that side had claimed also the previous clash played last week in Silesia. This and other volleyball news read on Worldofvolley.com. 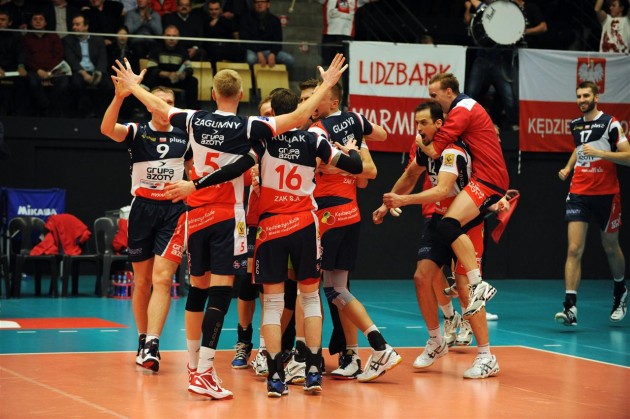 After losing last week, Noliko needed to score a home win to make it to the golden set but even though Zaksa opposite player Antonin Rouzier was out due to injury, still the guests started out well and the score remained very tight up to the first technical time-out. After that, Noliko got the control of the operations (17:14, 20:16, and 23:20) and could deservedly cash that opening set (25-22).

However, as 300 Polish fans had found their way to Belgium, Zaksa did not surrender that quickly and responded by setting the pace all the way through in the second set (8:10, 10:13, 12:16). Noliko fought bravely but was not able to stand that quality and consistency with Zaksa going for the 1:1 (18-25).

Zaksa started out well also in the third set (3:5) but Noliko clawed back to level at 8 and then moved to the front by four at the second technical time-out. The home crowd was particularly loud by this moment and could boost the home guys to the 25-18 that re-opened the fate of the game.

Antonin Rouzier eventually joined the game in set 4 and helped by a few mistakes committed by Noliko, Zaksa could fight back (12 all). After an ace by their American setter Kyle Caldwell, the Belgians could almost see the finish line (20:15) but once more the hosts dissipated their lead and Zaksa could call for the tie-break after a dramatic finish (31-33).

Noliko caught the better start there (5:3, 6:4) but Zaksa fired back and after a series of ties, it was Rouzier who killed the last spike (13-15) to start the party for the Polish fans in attendance there at Lotto Dôme.
“This is a great victory, especially after we came back in the fourth set where Noliko was leading 24:21” says the head coach of Zaksa, Daniel Castellani.

“We do regret all the opportunities we could not exploit tonight as we had real chances to go for the golden set” stresses Noliko assistant coach Johan Verstappen.