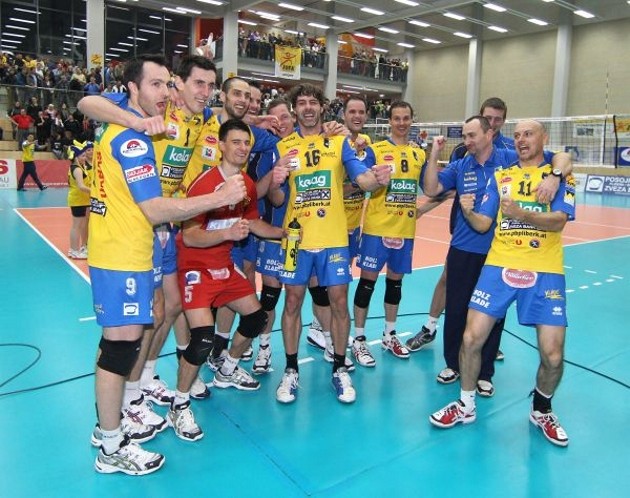 “It went like we were expecting. Cemtec played stronger than in the first game. We sometimes lacked in concentration a bit, but we are satisfied,” said Aich/Dob’s sports director Martin Micheu.

“We knew that we just need to serve strong in order to have a chance. And we did in the second set. In the other sets we made eight service errors to 0 aces. This makes victory impossible. Nevertheless, I am satisfied,” said after the game Cemtec coach Walter Pellinger.