NORCECA W: Dominican Republic and Mexico open with victories in BC 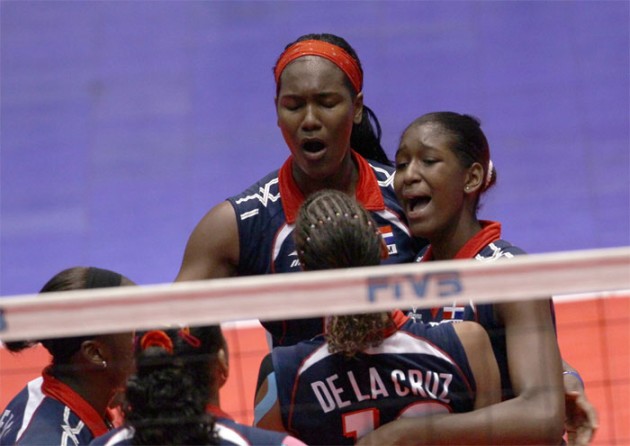 Pamela Soriano tallied 15 points to lead the strong attack of the Dominican side coached by Brazilian Wagner Pacheco, who was pleased with the performance of his pupils.

“We feel great playing here, because Baja has always been a place that brings good luck to us,” Pacheco said. “I still remember when we won our silver medal at the Junior World Championship and also here our senior team qualified here to the Olympics”.

In the other match of Friday, Alejandra Isiordia made successful comeback after three months rehabbing from a back surgery. She finished with 6 points following Andrea Cruz’s 7 as the top scorers of Mexico.

“It really feels great to be back on court,” Isiordia said. “I had to be patient but at this time I am back on track and working hard for the World Championship.”

On the other side of the net, last year’s MVP of the cup Seomara Sainz topped the losing team with seven points.

“I have switched between the two squads in order to have somehow a double preparation both with the national team for the world championship and with the state squad for the national festival,” Sainz said.

Mexico and Dominican Republic teams are preparing for the FIVB Junior and Youth World Championship later this year while Baja California will play hosts at the National Olympic Festival on April-May.

Saturday’s action features a volleyball marathon with each team playing three matches, including the semifinals.