Dominican Republic won the gold medal of Baja California International Volleyball Cup in its third attempt by brushing side Baja California U-20 Team 2-0 (25-15, 25-18) on Sunday. This and other volleyball news read on Worldofvolley.com. 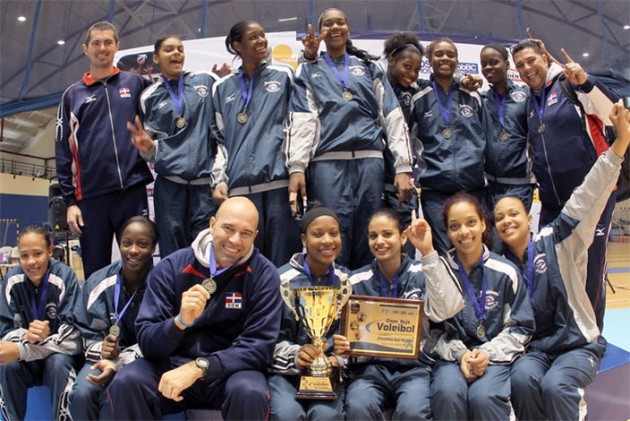 Argentina and Mexico had won the previous edition of the Junior and Youth tournament in 2011 and 2012.

Brayelin Martinez topped the winners with 15 points, while Seomara Sainz was the best for the defeated side with 8. Dominican libero Winifer Fernandez was named the Most Valuable Player of the competition.

Mexico finished in third place and took the bronze medal by winning against the Baja California U-18 squad 2-0 (25-18, 25-15). Alejandra Isiordia tallied 16 points for Mexico and Fernanda Banuelos finished with 10.

“We had a good organized tournament and the chance to train here,” said Brazilian Wagner Pacheco, coach of Dominican Republic. “We faced good rivals, had our ups and downs, but this helped us to experiment some variations to prepare for the U-20 Pan Am Cup in Cuba and also the World Championship.”

“We don´t like to lose, but the final balance of this competition was totally positive if you consider that we reached the final with a team of Baja California”, said Argentinean coach of Mexico, Estanislao Vachino.