After six rounds of action in the Playoffs of Belgium’s national league, Noliko MAASEIK is ranked second, tied with Prefaxis MENEN, the absolute sensation of the season. Knack ROESELARE tops the charts with a margin of two points on their closest competitors. 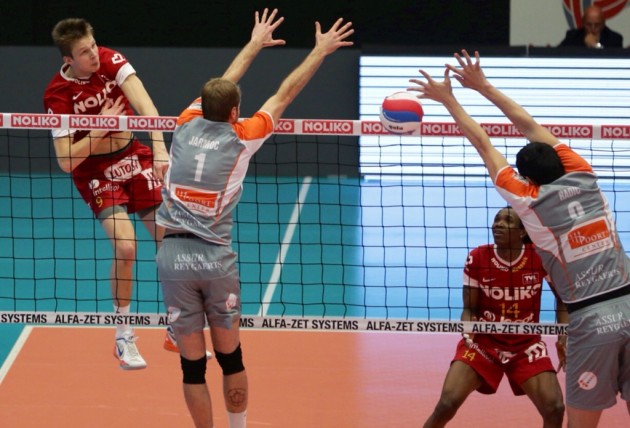 The Playoffs have already contributed some surprising results, especially if you take into account that Prefaxis MENEN did barely make it to the second half of the season but has won five out of six matches so far in the Playoffs to sit in second place alongside Noliko MAASEIK. This means that the group mentored by head coach Alain Dardenne is in contention for one of the two spots at stake to represent Belgium in the next edition of the CEV Volleyball Champions League.

Knack ROESELARE caught an excellent start in the Playoffs but surprisingly lost their last game – in straight sets – to Top Volley ANTWERPEN. This defeat leaves the door open for Noliko MAASEIK to make it to the top of the standings if they edge Knack this coming Saturday at Lotto Dôme. “We hope to beat Knack for the first time this season” Noliko head coach Brecht Van Kerckhove says. “My players know that they have a unique opportunity to make it to first place in the charts of the Playoffs but it won’t be easy as Knack has been playing very good this season. However, supported by our great fans, we’ll do our best to claim that match”.