CSKA-Demax SOFIA claimed on Tuesday Bulgaria women’s national league for the 22nd time in their history. CSKA-Demax needed only two matches to finish the Championship series with KAZANLUK that was played with the format “best of three”. 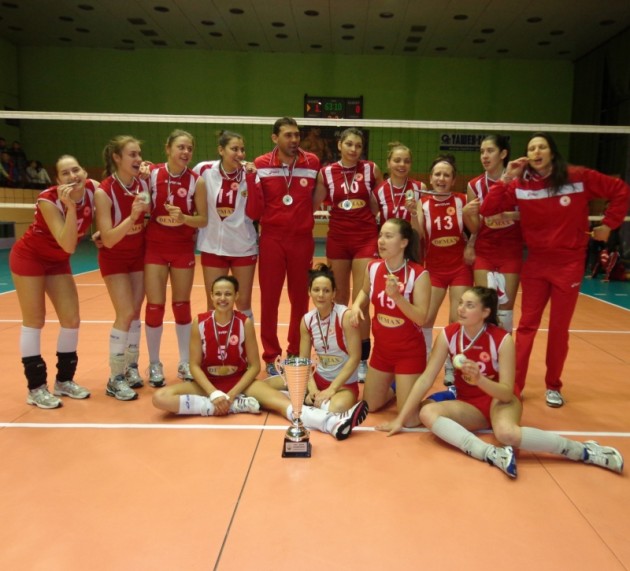 The second game was played on Tuesday, March 26, in Kazanluk and there CSKA-Demax could eventually cruise past coming back from two sets down (18-25, 19-25, 26-24, 25-20, and 15-9) to win the title. With this result CSKA did stretch their absolute supremacy in Bulgaria’s national league having won eight of the last 10 editions.

The trophy for the winning team was presented by former international Volleyball star Borislav Kyosev, now a member of the Bulgarian Volleyball Federation Board of Administration. MVP of the Championship series was named Slavina Koleva, who plays for the likes of KAZANLUK.

LIVE from Rotterdam: Guidetti – „The way...