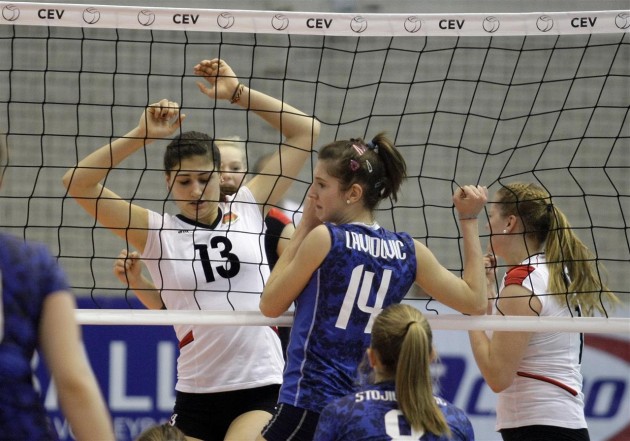 Germany`s Julia Schäfer topped the scorers chart with 29 points, including 8 aces and 3 blocks.

Two sides traded runs in the first set to tie it at 12-12 before France went ahead at 17-15 with Helena Cazaute and Juliette Fidon on fire. Germany fought back their trademark offense as Julia Schäfer and Steffi-Martha Kuhn proved some good kills to lead their teammates to a hard-earned 1:0 set advantage.

Inspired with the first set win, Germany made an early effort to go ahead 6-2 in the second set and led 8-5 in to the first technical timeout. France slowly narrowed the gap but couldn’t prevent Tietböhl’s team to storm to 25-19.

France bounced back strongly in the third set, racing to a 22-18 lead, but Germany steadily pulled it back to 22-22. However, it was France’s turn to score three consecutive points, giving “les bleus” their hope for victory back.

Nevertheless, the fourth set was again all-German. Led by an impressive Annegret Holzig, who was omnipresent on the court with powerful spikes, solid block work and a couple of service winners, Germany cruised to victory.

Germany head coach Jens Tietböhl: “We had to win today and fortunately we did it. Of course, we depend on other results, but we have to do our job and win tomorrow as well. Then we shall see.“