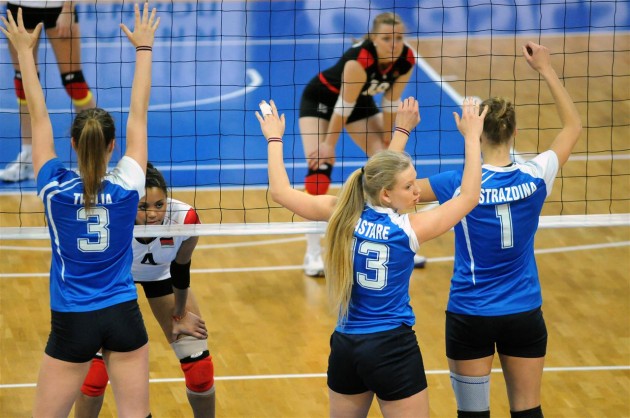 Germany opened Saturday’s program playing Latvia and there the players mentored by head coach Han Abbing clearly set the tone of the game right from the start dominating the first set with a speedy 25-15.

Latvia tried to somehow challenge their opponents with different combinations but without much success. Standing out in blocking as well as with their attacks, Germany asserted their rule also in the second set storming out to an 8:1 lead at the first technical time-out and Latvia in the end had to be content with only 15 points on the scoreboard.

Germany got the lead right from the early stages of the third set too but with good blocks Latvia could keep the score close. Still the young girls mentored by former Beach Volleyball European champion Inguna Minusa could not turn things around and Germany sealed the final 26-24 for their third consecutive win in the tournament.