In the second of three tune-up matches in preparation for the FIVB World League tournament, Canada’s national men’s volleyball team appeared like a fine-tuned machine on Thursday night beating Turkey 3-0. The Canadian team also won their first match against the Turks on Wednesday in five sets. 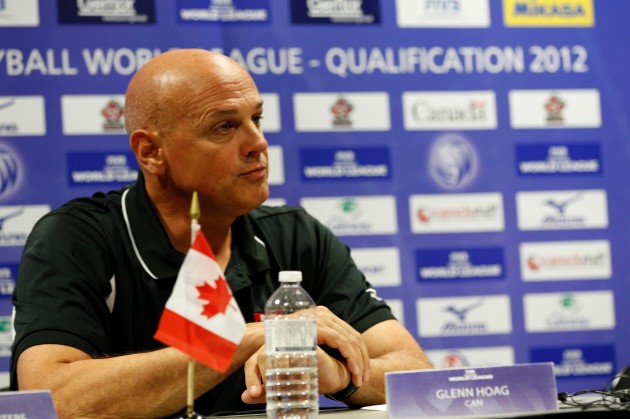 Perrin starred this past winter in the Turkish pro league for the Izmir club – coached by Canada national team coach, Glenn Hoag – which also included Team Canada’s Justin Duff of Winnipeg and Adam Simac of Ottawa. Izmir won the league title and also qualified for the Champions League.

“It felt good to play that first match with the guys again,” said Perrin. “After eight months you get eager to get back together.  We are not where we want to be yet, but happy with the way we played tonight.  The biggest challenge now is fine-tuning our chemistry.“

“Gord made giant strides in Europe this winter,” said Hoag. “And he learned how to win which is very important as well.  He improved all the facets of his game, how he reads plays, his service and defence.  And he continued to improve in blocking, reception and attacking.“

As for Thursday’s match, Hoag continues to be impressed with his troops.  After putting 12 players on the court Wednesday, 13 of the 15 dressed on Thursday saw some action.

“It was better than yesterday especially in service block reception,” he said. “Our defence is still not to my liking though.  But when we play well on offence we are hard to defend against.“

The 2013 edition of the FIVB World League begins on May 31. Canada will kick-off the World League tournament at the Colisée Pepsi in Quebec City with two matches against The Netherlands on May 31 and June 1. The Canadians play their four other home matches at the Hershey Centre in Mississauga, Ontario against Portugal and South Korea in June.