WCQ W: Belarus and Israel to fight for first place in Mogilev 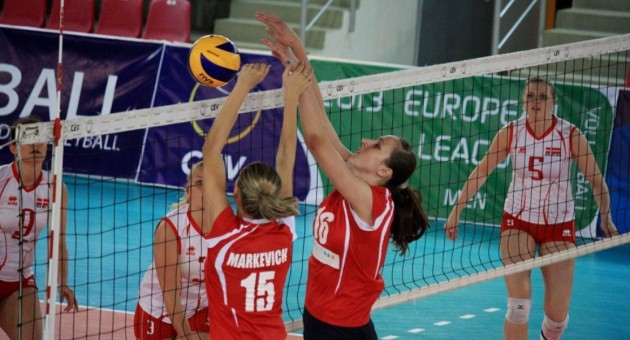 Belarus and Israel have already secured a ticket to the second round and the winner of their clash coming up on Sunday will get the right to advance directly to the third stage of the qualification process scheduled for early January 2014.

As the match progressed Belarus did even use some young players in their fixture with Denmark but this did not impact on the final result of the game where the heroines controlled the operations right from start to end. Denmark’s wing-spiker Melcijana Salispahic – by many considered the best player of that side – had a very bad day and could not change the course of the game for her team.

The expectations were quite high for the second game of the day but Finland – mentored by Norwegian head coach Tore Aleksandersen since last year – could not show the necessary quality and consistency to stop the march of Israel.

“We played good in reception and blocking while the Finns did not show their best tonight” Israel’s coach Arie Selinger says. “My players wanted to finish it off very quickly in the third set and for that reason they did lose composure for some time.”

“I am very upset as we made too many mistakes. However, apart from this match, we have been having problems in recent times and we lack quality in our play” Aleksandersen said after the second defeat of his group.