NORCECA W: Guatemala won in Group L, goes to next round 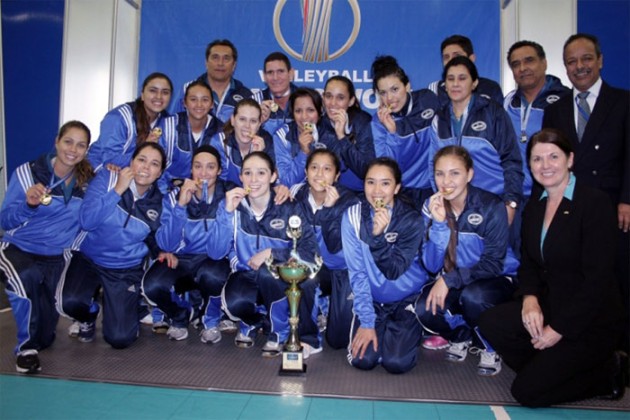 Guatemala with the trophy for best team in Group L

Host celebrated their victory suffering a scare as Guadeloupe won the second set in which they recovered from a five points difference.

Despite Guadeloupe’s superiority in blocking 16-6, the Guatemala was able to claim the gold medal with advantage in spikes by 45-33 and in service points by 6-2.

To read more about this competition visit NORCECA Women’s Second Round Qualifiers.