PANAC W: USA overcomes Puerto Rico in Pool A of Pan Am Cup 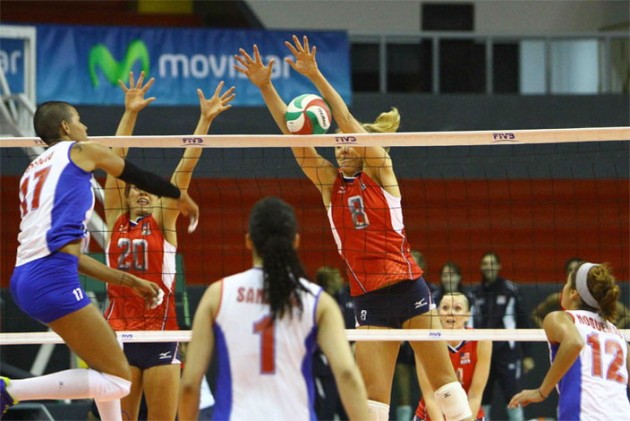 Nicole Fawcett spearheaded the offense of the Americans with a match-high 30 points, including two blocks and three aces. Three other players finished in double figures: Megan Hodge with 17 and Kristin Hildebrand and Lauren Gibbemeyer each with 14.

The Americans outblocked Puerto Rico 19-9 with Hildebrand registering six blocks. The winners had the edge 4-3 in aces and made 23 errors to 28 of the losers.

“Puerto Rico played very good volleyball and forced us to play as hard, the hardest we have had to play in 2013,” said U.S. Coach, Karch Kiraly. “Our team did a nice job, staying calm and fighting hard.”

“We failed two crucial serves in the tie-breaker and that’s something you can’t afford against such powerful team like USA,” commented Puerto Rico’s Rafael Olazagasti. “After the second set, our intensity faded.”