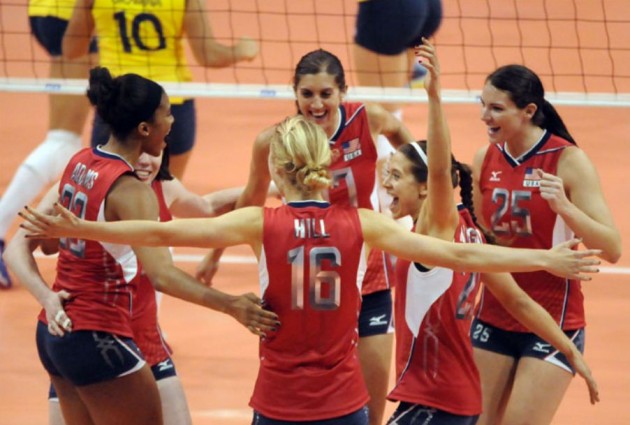 Both United States and Dominican Republic have won twice the title in the past eleven editions of the intercontinental tournament. The Americans have been in the finals three previous times while the Dominicans have played for the gold in seven past occasions.

The U.S. Coah Karch Kiraly used mostly bench players after the one-side first set and dominated the contest against the young Brazilians.

The winners held 12-5 and 6-2 advantages in the blocking and aces categories and also had the top hand in attacks 46-35.

“I am glad to arrive to this stage,” Kiraly said. “Our team has played well and united. The Dominicans will be a tough opponent as they have won all their matches but it will be a good match.”

Captain Kristin Hildebrand said: “Today all the players had the chance to participate and it could be seen the team is very united. Dominican Republic will be a tough rival but we will go out to enjoy the game.”

“It was very important for my girls to play against some Olympic players and it will be of great motivation for us to go to the world championship after winning a bronze medal here,” said Luizomar de Moura of Brazil.

WL M: Canada’s captain Fred Winters – We were firing on all cylinders