The Czech Republic claimed on Sunday their second win in prelim Pool B of the 2013 CEV Volleyball European League – Men by edging rookie Montenegro 3:1 . The Spain beat the hosts of Hungary 3:1 . 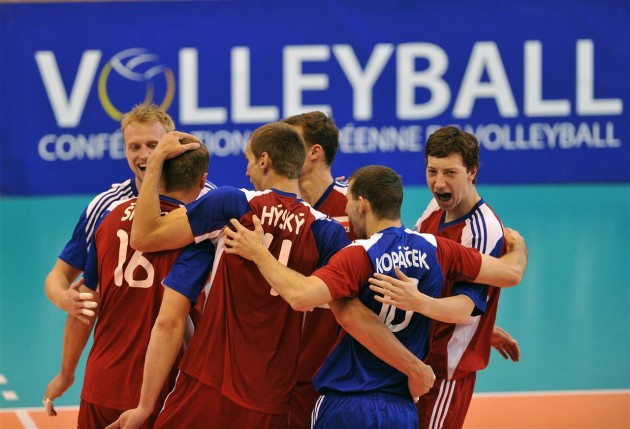 After some ups and downs for both sides in the opening sets, the game was very close but the Czechs eventually had the upper hand.

“This was an exciting and tough game” commented Czech head coach Stewart Bernard. “We fought back every time we were trailing behind; we tried our best and eventually got this victory”.

“This was a very close match up to the third set. Czech player Adam Bartos used a kind of serve we are not familiar with and this surprised my players who got into trouble” said Montenegrin mentor Nikola Matijasevic.

In the other match of the day  Hungary played a good first set but in the next ones could not stick to the tactics worked out by its head coach. “I am really happy with what our second lines did in the fourth set as they joined the game” Hungary’s mentor György Demeter says. “This is the only way to get the experience they need and it shows we are going the right way”.

Though he played only for three sets, Arpad Baroti top scored in the end for the home side with 17 points. “We are in a good shape and the more matches we play, the better we get” he says. “Both teams played better than they had done yesterday. I think we managed to keep our performance in attack at a very high level for the entire game” says Spain’s mentor Fernando Muñoz.