Coach of World League debutants Iran, Julio Velasco said “it is an honour” to be playing in the World League for the first time. He hopes that his team will defeat Serbia. 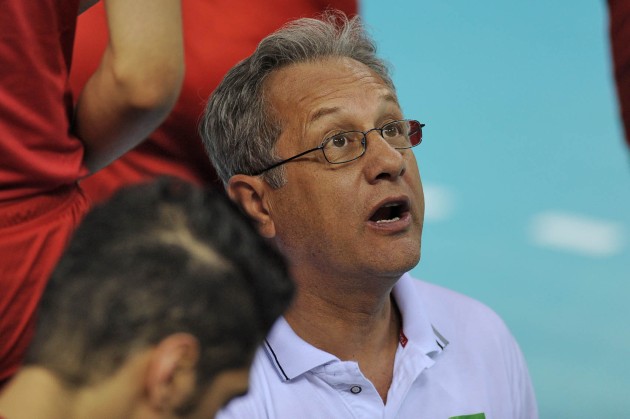 The coaching legend told media on the eve of his side’s opening World League match at home where they will take on Serbia in a Pool B clash in Tehran on Friday (12:30 GMT) and Sunday (12:30 GMT).

“Serbia volleyball is a good role model for our sport. We will learn from Serbia. This year Serbia team has new players in its combination; they are a big talent in volleyball.

“To predict the result of the match is not easy. Our team never enters to the play to lose but I am not saying anything about the result prior the match. I should say we are ready to fight. We will do our best.

Meanwhile, Serbia coach Igor Kolakovic said his side is looking to bounce back from their two defeats to Russia last week, which followed two opening wins in Cuba. “I am happy for playing Iran. We will play against the best team of Iran, and our matches would be tough. We respect Iran, since Velasco is one of the best coaches in the world. Last year we played some matches. We won some sets and we lost some others. We will have a tough match on Friday. We will do our best during the matches to ensure we obtain our goal of going to Argentina.”

Iran will play their first two World League home matches ever, when they meet Serbia. The countries have played each other twice, when Iran came from behind to beat Serbia 3-2 in the 2011 World Cup in Tokyo, and Serbia won 3-0 in the 2012 Olympic qualifying tournament in Nagoya. By sweeping Iran, Serbia would equal their second best ever start since competing as an independent country. They also won four of their first six in 2012, one win shy of their record from 2010.