Once again the time has arrived for the fans of volleyball to watch in action some of the stars of the future as the 13th edition of the FIVB Boys’ U19 World Championship gets underway at the familiar cities of Tijuana and Mexicali in the State of Baja California, Mexico. 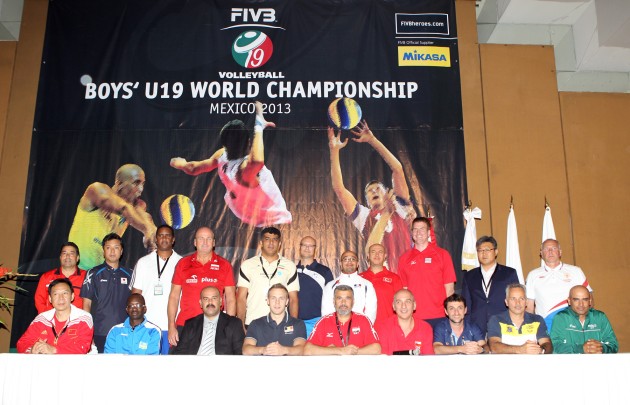 For the first time in the history of the age-group competition twenty sides, representing the five continents within the FIVB, have been divided in four pools of five teams to battle for the supremacy of the category for boys under 19 years old.

Appropriately for a new-look tournament, there will be new champions as 2011 winners Serbia failed to qualify. There will also be new silver medallists after Spain were unable to make it to Mexico.

Iran, who won the championship in 2007 have qualified as well and while Russia will provide fierce opposition in their pool, they will be confident that they can get past France, Finland and Rwanda.

The pool composition is as follows:

To read more about this competition click on Youth World Championship 2013 M.