Victory finally arrived in Cuba’s record at FIVB Boys’ U19 World Championship after the Caribbean team beat Japan 3-0 (25-19, 25-23, 25-20). This and other volleyball news read on Worldofvolley.com. 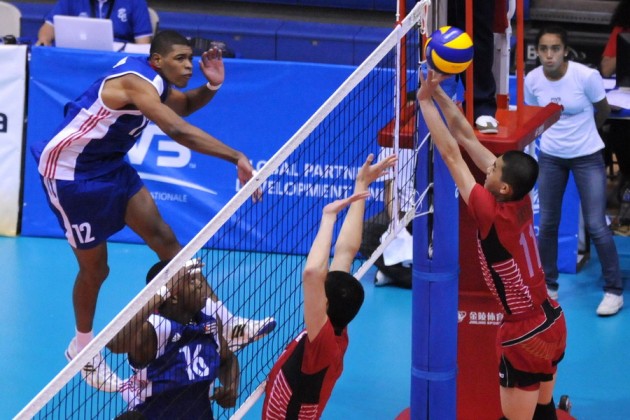 The block was key to keep Cubans’ aspirations alive, with 14 successful plays against only one by Japan. Jorge Caraballo, Felix Chapman and captain Ricardo Calvo kept a good counterattack against the Asians who only converted one blocking point.

Cuban coach Rodolfo Sanchez, stated that after spending almost one year without any action, his squad has finally found out the rhythm with the victory against Japan at FIVB Boys’ U19 World Championship.

However, the team is “still against the wall”, stated Sanchez at the post game interview and He hopes can get a victory from the match against Chile on Monday. Meanwhile for Japan’s coach Hiroshi Honda, the Cuban height was whole difference.

Rodolfo Sanchez, coach of Cuba: “We did not change our playing style. This was sort of a consequence because Cuba spent practically one year without playing. On the first two matches the boys were a little tense, but tonight They played more relaxed.”

Hiroshi Honda, coach of Japan: “I want to congratulate Cuba for the victory. It is a team with good height and quickness.”

Ricardo Calvo, captain of Cuba: “I want to congratulate Japan. It is a good team. This has been one of the best matches We have played.”

Tsubasa Hisahara, captain of Japan: “The bad point is that We could not work very well against Cubans’ height.”