GP 2013 : Serbia and Bulgaria to play couple of friendlies

As both teams are preparing for their debut in the 2013 FIVB World Grand Prix, Serbia and Bulgaria will play a couple of friendly matches this coming Wednesday and Thursday in the city of Ruma, Serbia. 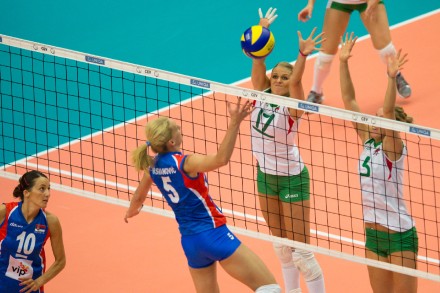 Serbia is set to compete in the FIVB World Grand Prix for the third consecutive year and will be hosting this coming August 9-11 the second round of action in Pool F.

2012 Olympic silver medallists USA, the Netherlands and Algeria will be Serbia’s opponents at home after the first round in Santo Domingo scheduled for August 2-4 and where the 2011 European champions will play hosts Dominican Republic, Puerto Rico and the Czech Republic.

In the third and last round of the prelims taking place in Wuhan, China, through August 16-18 Serbia will then take on China, Poland, and Argentina.
The final round is scheduled for August 28-September 1 in Sapporo and will see hosts Japan joined by the five best teams at the end of the Intercontinental Round.

Serbia, Brazil and USA only with all national teams among top 10 in World Rankings