World No. 28 Puerto Rico continued positive campaign after they hammered No. 12 Egypt in straight sets 25-16, 25-20, 25-21 in pool A of the FIVB Girls U 18 World Championship at Chatchai Hall in Nakhon Ratchasima, Thailand on Sunday. 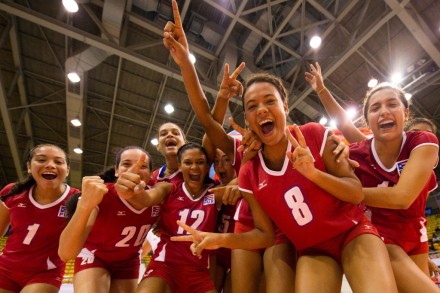 The victory improved the win loss ratio of the winners to 2-0 after their second match to secure a second round ticket, while Egypt dropped to 0-3.

Puerto Rico girls were more motivated to win as they extracted all the power in the organisation of the reception and backline defence to overwhelm the net action. Egypt players didn’t receive well so they couldn’t come back to the match throughout the first and second sets before they relatively improved in the third set, but losing crucial points cost them to lose 3-0.

WoV in Florence – “Russia and Italy...