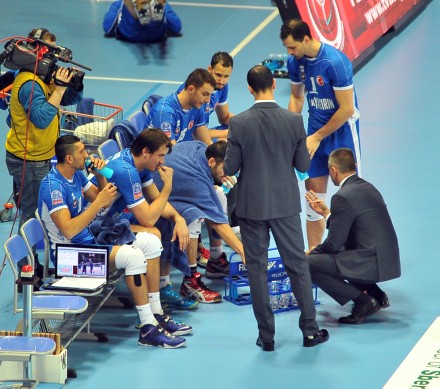 Kaziyski, Juantorena and other stars of Halkbank weren’t enough to stop Tomis Constanta on a wednesday night in Ankara. Now, this doesn’t mean much because Halkbank and Jastrzebski secured playoff, but now Polish team could get first place in group stage and that way a possibility of an easier opponent in playoffs.

CL W: Streak must go on…

CC W: Without any surprise