As part of our end-of-year review series, FIVB looks back at the FIVB Grand Champions Cup, a tournament that was dominated by Brazil. 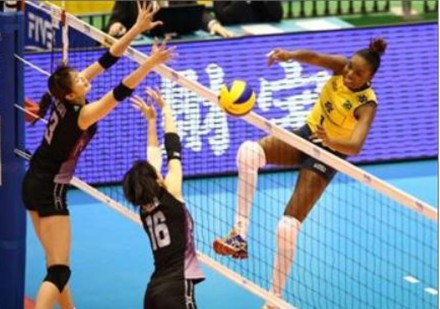 The competition featured six teams in both the men’s and women’s competition, comprising the hosts, the four 2013 Continental Champions from continents whose teams reached the highest ranking in the preceding Olympic Games and a wild-card team, jointly selected by the FIVB, the Japan Volleyball Association (JVA) and the Nippon Television Network Corporation (NTV). Africa did not have an automatic spot in the tournament having finished the 2012 Olympic Games as the lowest-ranked confederation amongst the five.

It was a similar story for their female counterparts who were hoping to add the World Grand Champions Cup title to their 2012 Olympic Games gold medal and FIVB World Grand Prix victory from earlier in the year. With the absence of reigning champions Italy, the path was wide open for Brazil to add the one missing trophy from their cabinet.

In the women’s tournament Brazil were up against hosts Russia, USA ,  Japan,  Dominican Republic and Thailand, while the men faced Olympic champions  Russia, Italy, Iran,United States and Japan.