RWANDA – Volleyball was most outstanding sport in 2013

This year can probably be qualified as the most successful year for Rwandan volleyball after four national volleyball teams competed in World Championships in the year for the first time in the country’s history. 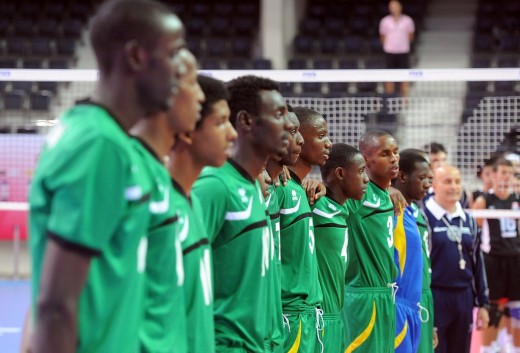 The sport’s local governing body, FRVB, devised plans to take the game to the grassroots level in a bid to attract young players throughout the country, which resulted in the four historic qualifications for world championships.

Four teams, including Men U19, U21 and U23 Beach volleyball men and women represented Rwanda on the world stage.

The year started with the U-19 boys’ team beating Algeria for the first time to qualify for the worlds during the African championships in Algeria in January. The World Championships took place in Mexican cities of Tijuana and Mexicali from June 27 through July 7.

In March, the U23 Beach volleyball teams took part in the 2013 World Championships held from June 6 to 9 in Myslowice, Poland.

And a month later, the U-21 beat North African oppositions Algeria and Morocco to secure third position in Africa and a place in the FIVB Men’s U21 World Championship which took place August 22 to September 1 in Ankara and Izmir, Turkey.

In November, the senior volleyball team beat Kenya, Burundi and Uganda (before losing to Egypt) and qualified for the last round of FIVB Men’s World Championships qualifiers, which will take place in Cameroon early next year.

These results made Volleyball the most successful sport in the country in 2013.

They own world record for most consecutive passes (VIDEO)