The Uganda women's national volleyball team will train in Groningen, the Netherlands for a fortnight ahead of next month’s FIVB World Championships Qualifier scheduled to take place in Kenya from February 16 to 23, 2014. 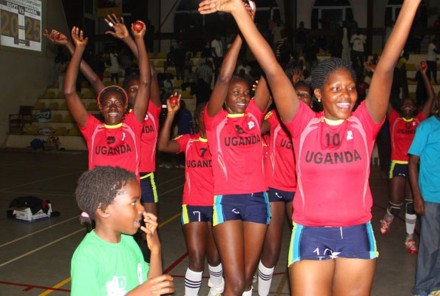 While Uganda still has one hurdle to jump if they are to be at the World Championship in Italy this September, the Netherlands has already secured their ticket.

“The trip will prepare us physiologically going into the qualifiers in Nairobi,” said Uganda’s coach Tony Lakony.

“When you look at their facilities and expertise, we will without a doubt benefit from the trip.”

The team will leave on January 19 and has close to seven trial games lined up for their time in the Netherlands.

Uganda is going to play against top flight clubs from the Dutch league and universities.

Lakony also revealed that the top players from the Dutch national team will hold sessions with their Ugandan counterparts.

“For our team to be handled by coaches and players who coach and play volleyball at a high level is really awesome.”

“I’m optimistic the by the time we come back, we will be a totally different side,” Lakony added.

In another development, setter Vero Nyiramugisha was dropped from the team reducing the numbers of players in the training session to 13.

POL M: Who is the biggest revelation of Polish volleyball in 2013?