According to one of the leading media in Iran - www.iribnews.ir, Julio Velasco is not going to be mourned too much as replacement is coming soon! 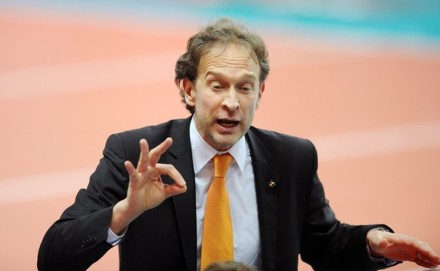 One of the best players in the history of Volleyball, Lorenzo Bernardi, as Iranian media reports, will replace Julio Velasco at the head coach place of the Iranian national team.

Not Alekno, not McCutcheon (as we previously reported), but Bernardi is coming to Teheran!

Bernardi is doing great this season, with not so strong roster he has built a solid team in Jastrzebski Wegiel and even has a chance to qualify to Champions League Final Four. That would be an amazing success and maybe Bernardi’s last season in Jastrzebski. Still no one reported that he will be leaving the Polish side, but in order to give 100% to Iranian team, he might have to.

Another great story is obviously upon us. Let’s see what happens next!

Until then, feel free to leave comment on our facebook and twitter profiles, and also to visit our Forum and give us your opinion on this subject as it is very interesting.

POL M: Akhrem – “We will not surrender”

SACCH W: Sesi is the champion of South America!

He could have leaded Iran NT better than Kovac

Kovac’ is respectable too and great coach since he is head coach of us , we took a lot of success Respect