The Middle European League Men has its dream final. The two Champions League-starter and MEL main leg´s top teams ACH Volley and SK Posojilnica AICH/DOB meet each other for the MEL-title on Today in the Bleiburg JUFA-arena. It is also the new edition of the previous years-final. 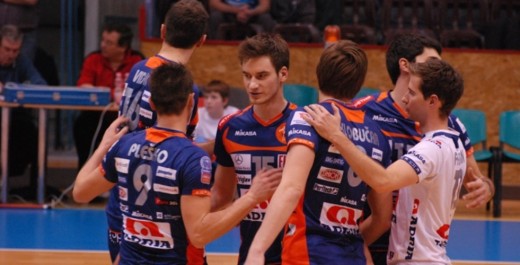 In the first semi-final the record champion and titleholder ACH Volley delivered the expectations. The Slovenian champion won versus VCA Amstetten Hypo NÖ 3:0 (25:15, 25:13, 25:21). After 43 minutes ACH Volley led 2:0 in sets.

Only in the third set Amstetten could give a courageous fight to the titleholder. Already both season´s duels had been clear matters.

Final Four-host SK Posojilnica AICH/DOB did not show any weakness versus the Slovakian competitor VK Chemes Humenne as well as Ljubljana. They won the first two sets, then they got a break in their game.

USA and Dominican Republic to play in Montreux Masters

WL: Koshikawa hopes for the best