Great Britain men’s coach Harry Brokking wants his players to put the Olympics to the back of their minds and focus on progress in the 2013 CEV Volleyball European Championship against Albania at the K2 in Crawley on Saturday. 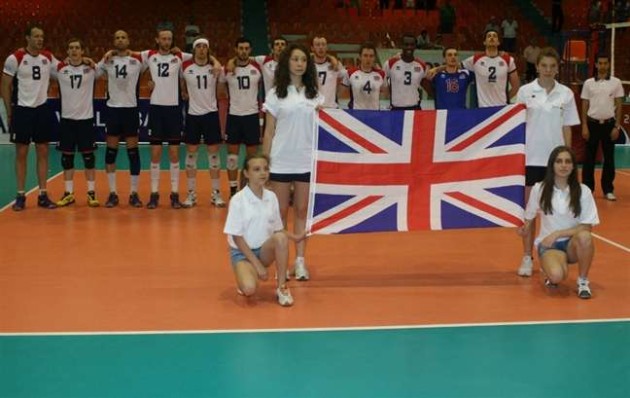 His team has put itself in a strong position to get through the first round tie after winning the first leg in Tirana last weekend in straight sets (27-25, 25-23, and 25-20). The prize on offer is a place in the second round group stages against Portugal, Turkey and Belarus in September and Brokking, who guided his native Netherlands to the bronze medal in the championships in 1989 and 1991, would love to prolong GB interest as long as possible.

However, he knows that Albania will be dangerous opponents after running his side close in the first two sets of the first leg and will come out with all guns blazing. They know any sort of win will take the tie to a golden set.

Brokking was happy with the way his players started their competitive season and is now looking for his players to step it up in the weeks ahead as they approach London 2012. “We did what we had to do, come back home with a win” the coach said. “Their fans were noisy and it was a nice atmosphere but I was happy with the match. My players look in good shape. We have to put them back into the GB thinking and way of playing but we still have time for that and it’s going according to plan. Obviously, we are favorites but it’s over two matches and it’s not a case of winning one match and then you have just to win one set. We still have to win the match to go through. Out there, it was a close match. They had good reception and good serving and our job is not done. We’ve made one step but we need to make the second step also and if we don’t do that, then we put ourselves under a lot of pressure going into a golden set. We are trying to avoid that”.

Brokking is again without Mark Plotyczer who had a broken hand but is expected to return to training within the next fortnight. He has recalled the vastly experienced Jason Haldane to his squad after leaving him out last season and the 40 year-old proved with his Bulgarian club CSKA Sofia that he still has plenty to offer. “He’s the most experienced player we have and the only one who has performed at the highest level, like World Championships and continental championships” Brokking reasoned. “None of the rest of the players has done that so far, so from that aspect he’s a very important player. He increases the average age of the squad but we will still be younger than most of the teams at the Olympics so I don’t care about age. It’s all about results. We still have a young squad with one or two experienced players”.

Brokking has been working with a squad of 16 players and that will be cut to 12 for the Olympics: “It’s the bad part of my job but it is part of the game also. The good thing is that I have difficult choices to make. That means we have worked well over the last few years and we now have a strong squad and already we have cut 18 really good players”.

QAT M: Boninfante will play in the...