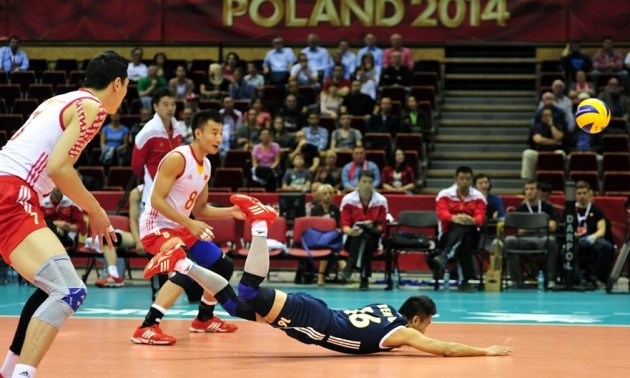 From the beginning Chinese players served good and were excellent at the net. The first two sets went very well for China and they took the 2-0 lead. Then, due to technical problems, the players had 30 minutes of break. It was power failure at Argo Arena.

But, after a break, Egypt managed to reduce China’s lead. Although they had an advantage (22-20), Egypt made 4-0 run and came close to take the third set. China saved the first set point, but 30 seconds later Egypt clinched set!

China struggled during the fourth set as well. It was breathtaking set with a lot of match and set points but China somehow manged to take the win 33-31.

WCH M: Konstantinov refuses to do interview for Polish TV – “Not for free”