ECH 2017: OFFICIAL – Men in Poland, Women in Azerbaijan and Georgia!

CEV has announced the hosts of the European Championships in 2017! 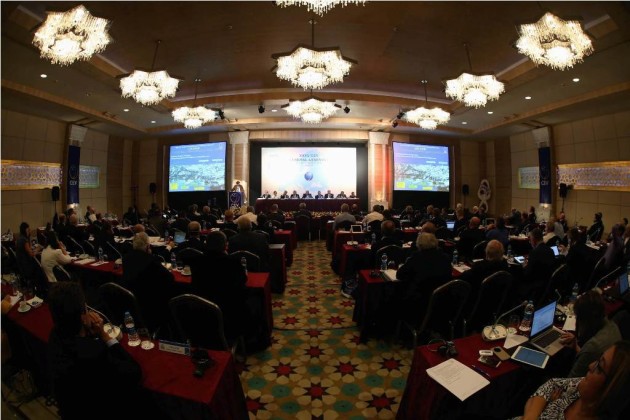 We are presenting you an official CEV announcement.

“The major Championship for men’s national teams will be held in Poland, a country that has been nicknamed “Volleyland” following the terrific success of the FIVB Men’s Volleyball World Championship Poland 2014. The Polish Volleyball Federation has proposed six cities – Bydgoszcz, Gdansk, Lodz, Katowice, Krakow, and Wroclaw – and four will eventually be chosen to host the Championship. Each one of these cities boasts world-class venues and thousands of fans are expected to flock to the arenas similarly to what happened only a few weeks with the men’s World Championship where the men in red and white jerseys seized the title for the second time in their history. Poland’s last and only gold medal at the Men’s European Championship dates back to the 2009 edition held in Turkey. Polish Volleyball Federation and CEV Vice President Miroslaw Przedpelski revealed plans to host the final match at Warsaw National Stadium which hosted the opening match of this year’s World Champs with a record-breaking crowd of more than 61,000 in attendance.”

“Azerbaijan and Georgia will welcome Europe’s flagship event for the first time in history, with the competition stopping in Baku and Guba (Azerbaijan) as well as in Georgia’s capital, Tbilisi. Azerbaijan has become a real Volleyball “Mecca” with teams from Baku having become a force to be reckoned with in all European Cups competitions and the women’s national team having participated in the last editions of the European and World Champs. Volleyball is growing fast also in Georgia, where the Championship will stop only two years after Tbilisi hosts next year’s European Youth Olympic Festival.”

RUS M: Huge win for Zaytsev and Co. in Novosibirsk

Great and famous European country of Georgia will host best volleyball team of Europe??? Are you joking with us??????