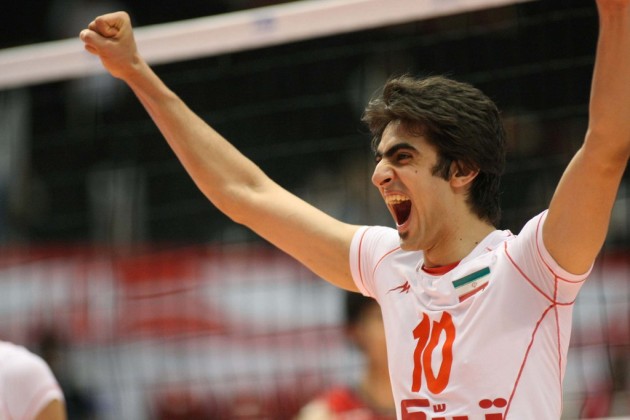 Mohammad Mousavi paced Iran with a match-high 17 points. Farhad Ghaemi chipped in with 15 points in the win.

It was a clinical victory for Iran over a Korea side which played poorly. The Koreans were overmatched on this day by the power of the Iranian attack and defense.

Korea had major problems with reception and could not mount an effective attack.

Park Chul-Woo served into the net and Iran jumped to a 5-2 lead in the third set. A nice spike by Choi Hong-Suk made it 7-4 for Iran. The Iranians were up 8-4 at the first TTO. A spike put Iran in front 10-6. A block by Mousavi made it 13-7 and Korea called a timeout. Iran was up 15-8 after another Mousavi spike and led 16-8 at the second TTO. Korea scored four straight points to close within 18-13 and Iran took a timeout. Korea sent a spike long and it was 20-14 as they moved for the match. A spike by Ghaemi gave Iran match point at 24-16 and they completed the win on a spike by Mousavi.

Iran will play China on Saturday, while Korea will meet Serbia.

IRL M: Volleyball’s boys in green to fly the flag in Europe