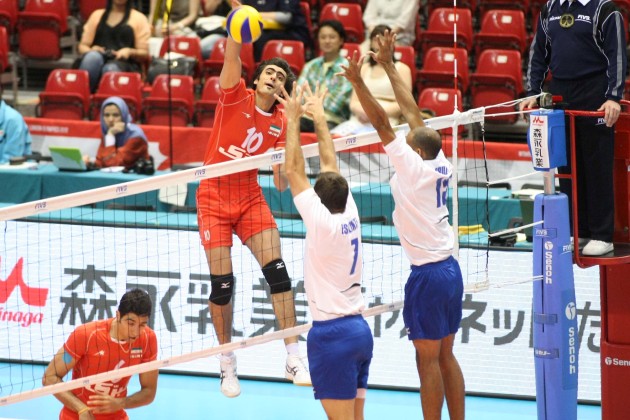 Iran improved to 3-1 with the victory, while Puerto Rico remained winless at 0-4 with the loss.

Iran started slowly, but gained momentum late in the first set as their attack began coming together.

For the second straight day, Puerto Rico started off well but then could not sustain it.

Iran moved out to a 4-0 lead in the second set and Puerto Rico took a timeout. Rivera served into the net and Iran took a 7-3 lead. Ghaemi‘s spike made it 8-4 at the first TTO. Nadi‘s spike gave Iran a five-point margin at 10-5. Another Nadi spike made it 16-9 at the second TTO. Pourya Fayazid‘s spike gave Iran a 20-13 advantage. Mehdi Mahdav‘s block put Iran two points from the set at 23-16. Mahdav’s made another fine block to give Iran the set at 25-16.