After the first round of action completed last week in Brno, the debuting team of the Netherlands is ranked second in Pool C of the 2012 CEV Volleyball European League – Women right after the Czech Republic. The Dutch goal this weekend in Almere is obvious, i.e. to get the leading position in their group. 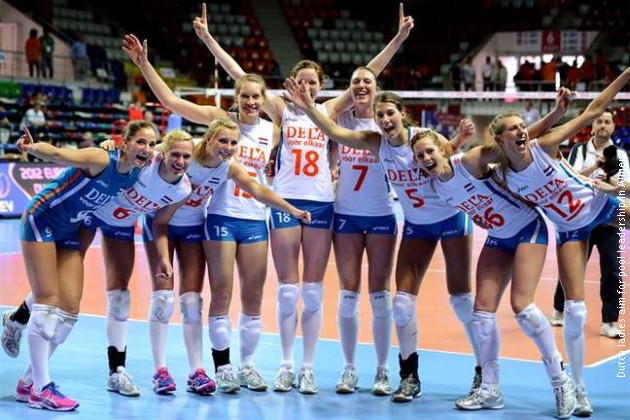 From the start of the competition, Dutch head coach Gido Vermeulen was clear about the goal for his team that participates in the European League for the first time.

“We are taking this competition very seriously, the prize to be won is not only the competition title, but also the qualification for the World Grand Prix next year”, Vermeulen stated.

The Czech Republic is the main concurrent for the “orange” women says Vermeulen. “With Aneta Havlickova and Helena Havelkova as very strong players and a top coach like Carlo Parisi, they are capable of a lot”.

Today the European League pool round in Almere will be opened at 17:00 by the Czech Republic and Israel.

At 19:30 the home team will play against Greece.

Tomorrow the Netherlands start against Israel, followed by the duel of Greece against the Czech Republic. Sunday the most interesting match (on paper) is scheduled at 14:30, when the Dutch play against the Czech ladies. The match of Israel against Greece closes the competition round in Almere.