Shanghai made a huge surprise by eliminating Jiangsu in the semifinal series of the Chinese championship play-off! Bayi is the second contestant in the finals. 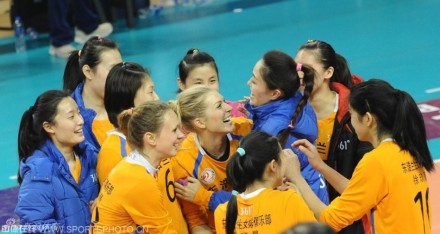 Shanghai entered the semifinals as the third in the standings and thus, it was an outsider against the second-ranked Jiangsu.

The Croatian Senna Ušić-Jogunica with 22 and Zhang Yichan with 21 points were the best scorers in the winning team. In Jiangsu, Zhang Changning collected 32 while Hui Ruoqi added 23 points.

The leader after the Last 8 phase, Bayi did not have problems in the second match vs. title holder Zhejiang, too. This time, it won in straight sets thanks to Yang Junjing (18). Li Jing (15) was the most efficient in Zhejiang.

Bayi and Shanghai will decide who will be the new Chinese champion!