In the last match of the fourth round of CEV Denizbank Champions League for Women, Rabita was better than Prostejov. 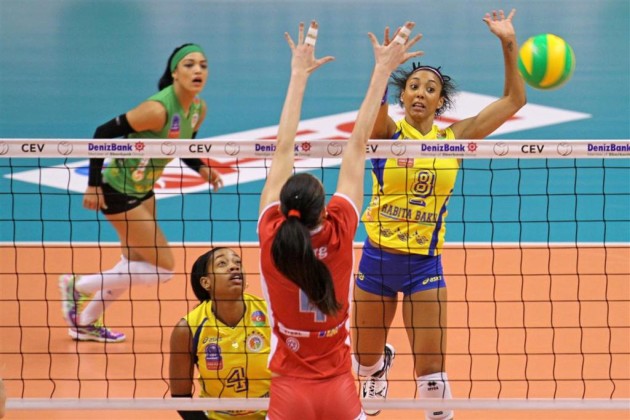 In Pool A, Rabita has defeated Agel Prostejov in Azerbaijan after four sets, but they stayed on third place because of the set points.

MVP of the match was middle blocker of Rabita Foluke Akinradewo who scored 16 points while Aurea Cruz was the top scorer with 17 points.

The bronze medallists from the 2014 edition,Rabita will continue their quest for a spot in the Playoff round of Europe’s elite competition next week when they travel to Russia to play reigning champions Kazan on January 22.

LEAGUE ROUND / POOL A