First phase of the Iranian championship is over and the participants of the next stage are determined. 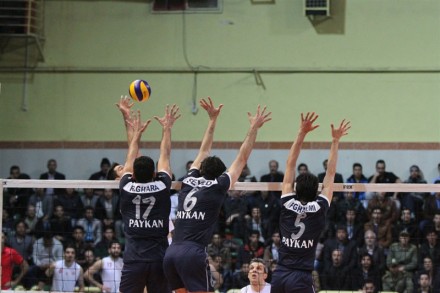 Even before the last round, it was already known which clubs will qualify for the next phase, but it was uncertain from which positions.

Thus, it prevented Mizan Khorasan VC from claiming the top spot in the pool. This team already new that Paykan won and without a motive played against Bazargani Javaheri Gonbad VC. Of course it lost, after a tie-break.

In Pool B, it was the same situation. First placed Shahrdari Urmia VC beat Vezarat Defa in away match with 3-0 (25-22, 25-23, 25-21) and spoiled the plans for Matin Varamin who was waiting for their loss.

It’s interesting that half of the matches in the last round of the regular season ended after a tie-break – three out of six.

Check this out, two-handed spike! (VIDEO)