Omonia Nicosia secured its first national title in Cyprus after beating main rivals, AEK Karava, by 3-1 in away match, on Friday. 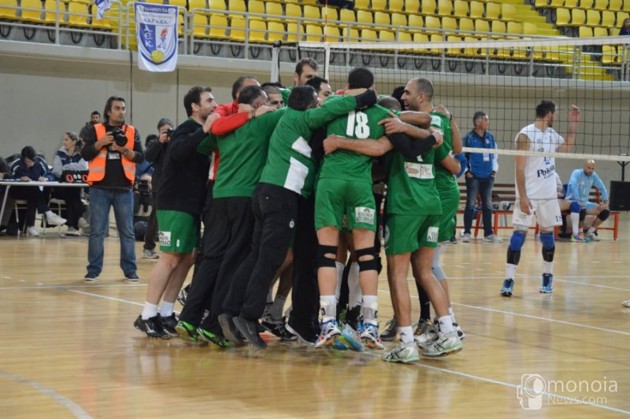 Omonia gained unreachable advantage of eight points in the standings (16-2 score), two rounds before the end of the championship. Last season’s champions, Anorthosis Famagusta, are third on the table.

This is the second trophy for Omonia this season since it won the national Super Cup as well, in September 2014.

Omonia qualified for the playoff group (4 best teams from the regular season) with 5 points more than its greatest rival, AEK.

Coach is Savvas Savva (played in the club until 2013).

See the last few points of the decisive game against AEK.

Acrobatic save by Busto’s libero Leonardi in Cup semifinal (VIDEO)

Congratulations!!We are very happy about you!!A big respect to the players,coaching staff and everybody who were part of this team