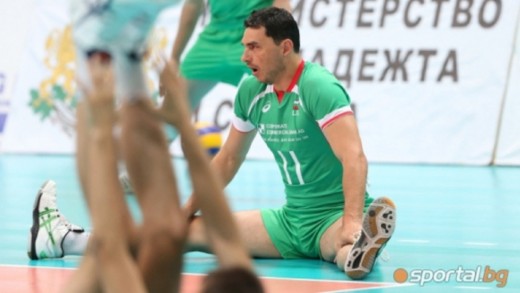 The opposite of Asul Lyon Volley Vladimir Nikolov set to be back to the Bulgarian national team.

After the draw for the European Championship, the head coach of Bulgaria Plamen Konstantinov confirmed that he counts on Nikolov.

Nikolov positively responded by saying that playing for Bulgaria is an honour for him!

Marouf makes stunning save at beginning of...