WoV DREAM TEAM: Who is the best male “bomber”?

OPPOSITES - We selected five of them, because they showed great games during the season. Of course, at the end of the season someone was lucky, someone was not, but the audience loves them. 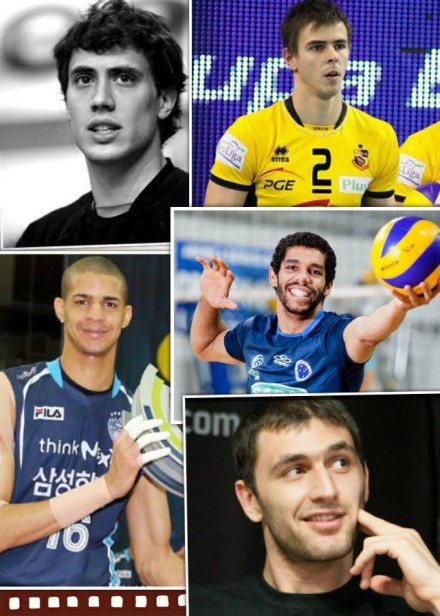 Aleksandar Atanasijevic is the main scorer in the Italian club Sir Safety Perugia but also he is the top scorer of the Serie A1. Until now he scored 516 points which is 21,5 per set. His team finished the regular season at fourth place and now it will fight in quarterfinal. Check Bata’s stats in this season.

Mariusz Wlazly this season is like fire and he led his team to the Final Four of the CEV Champions League but unfortunately they finished as 4th. Despite this, he is the favorite of the audience. In the Polish league he is 13th scorer with 384 points in 27 games. You can check his stats from this season here.

Tsvetan Sokolov is like a lightning. With his strong attacks he led Halkbank to the trophy of the Turkish Cup. He was the best scorer in his team with 64 points in four matches. Bulgarian star has always been the target of top clubs and he showed his skills during Champions League matches as well. Until now he scored 350 points in 21 matches in the Turkish League. Fans adore him. You can see his stats here.

Leonardo Leyva is just amazing Cuban player. His skills are more than amazing. His jump and attack are too strong for his opponents. He is the best scorer in Korean league in the last two seasons but this time he didn’t win the crown. During the season in Korean V-league he scored 1381 points in 37 matches which is 37 per match! He played for Bluefangs.

Everybody knows Wallace de Souza. He is not only one of the best players in Brazil. He is officially the top scorer in the Superliga with 518 points (41,89%).

Don’t forget to VOTE for your favorite players and chose your WoV Dream Team!

WoV DREAM TEAM: Not sure for which male setter to vote? See their achievements!

With all respect to others, its Mikhaylov who is not among candidates, after Max , Sokolov and Wlazly

First part of season he was not that good ..now with this Iranian is diferent player

Mikhaylov is good but they cannot put all players from Zenit!

Everyone has good and bad days.

Danish players got their Mizunos