JPN M: Nambu – “We have only 16 months before Olympic Games, we have to be brave”

The head coach of Japanese volleyball national team Masashi Nambu has named Yuta Abe for captain of the team ahead of the 2015 edition of the FIVB World League. His goal is clear: 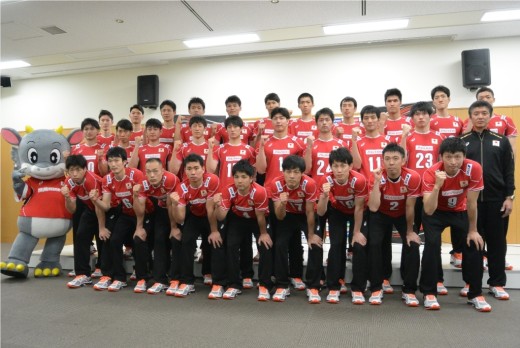 “We only have 16 months before the 2016 Olympic Games in Rio de Janeiro. This season, we have to be brave to challenge. Also, we will be sure to do our best at the Asian Championship and at the FIVB Volleyball World Cup 2015″ says Nambu.

Japan will now train in different parts of Japan. They begin their World League campaign on May 30, when they take on the Czech Republic, and will also play Korea and France in Pool D.

After the World League, Nambu’s team will participate in a training camp in Iran before playing in the Asian Championship hosted by the same country. In August and September, Japan will host the FIVB Volleyball World Cup, with twelve teams participating in the men’s event from September 8-23.