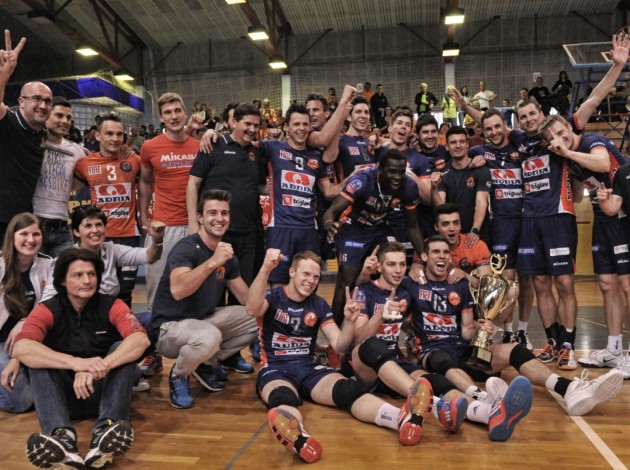 This is the eleventh consecutive title for the team from Ljubljana. The Slovenian national championship ended with no big surprises. Players of ACH Volley  have shown that they are the best in the country despite some difficulties that they had during this season.

The best player on the court was Eric Mochalski, who scored 27 points in the fourth match!

“The first set was crucial for us. We didn’t play bad during this series but at some point we have fallen into the black moments from which we managed to come back. Congratulations to my players and of course to people from the opposite side” says head coach of ACH Bogdan Kotnik.

To read more about this competition, to see stats, video and photos click on SLO National Championship 2014/2015.