Javier Gaspar has got straight down to work after being named as coach of the Puerto Rico men’s team. 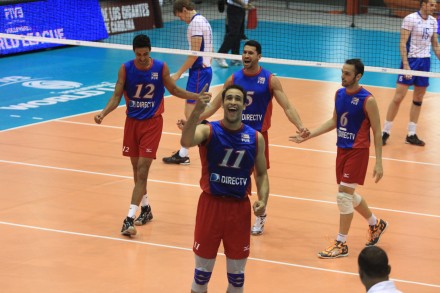 The first thing he did was name his training squad for the upcoming season that features the FIVB Volleyball Men’s World League, the Pan-American Games in Toronto and the NORCECA Continental Championships.

Hector Soto is set to lead the squad, which contains 15 of the players who competed in the 2014 World League and secured their first ever World League victory, against Slovakia.

This year the Caribbean islanders are in World League Pool F, where they will take on Turkey, Montenegro and Tunisia.

Their first competitive action will come when the team travels to Montenegro for their first weekend of action from June 12-14 and then a week later Javier Gaspar will take his side to Istanbul for the second weekend of round-robin matches.

SRB M: Ivović – “When Belogorie contacted me, I thought someone is joking with me”